What is git rebase and how to use it 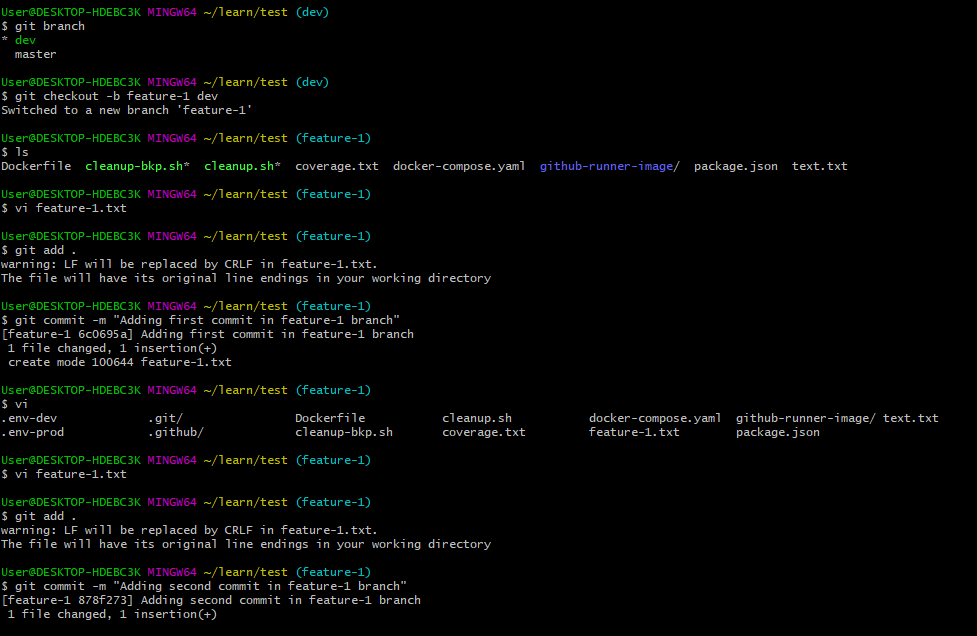 Go to dev branch and do two commits there 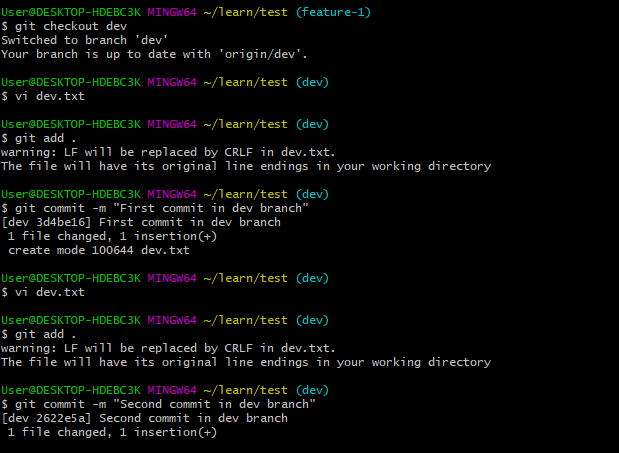 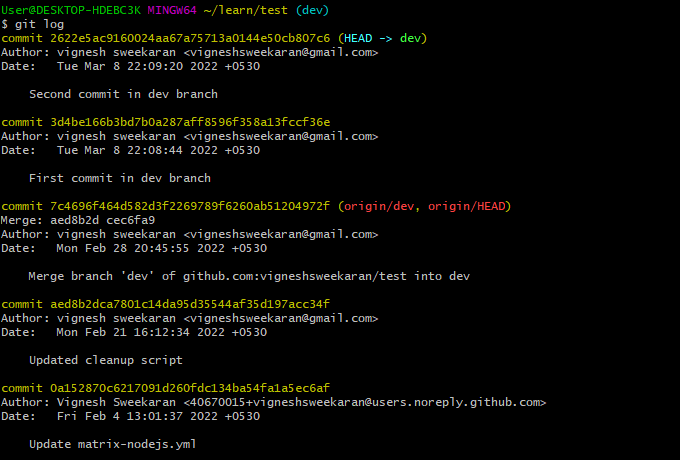 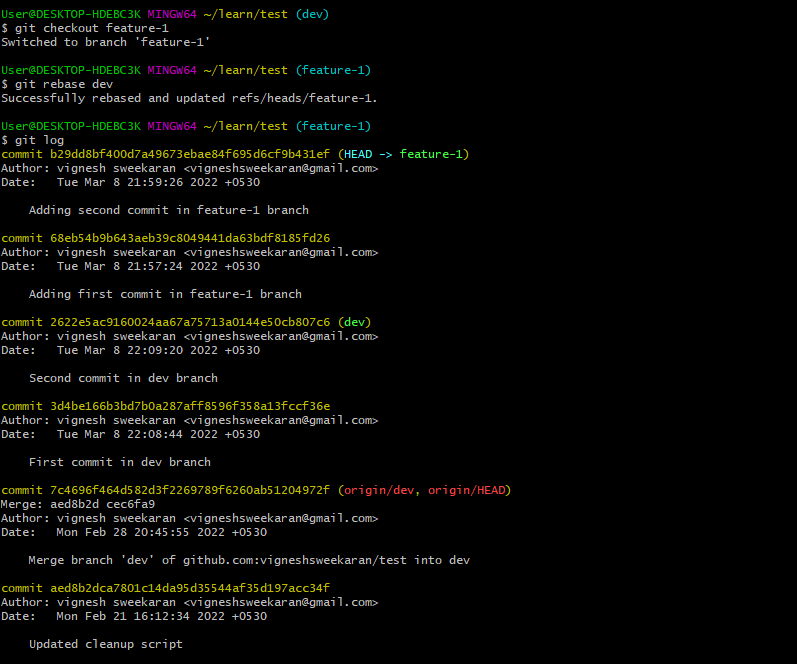 If you are pushing the feature-1 branch for first time then no issue, simple git push origin feature-1 should work

If you have already pushed feature-1 branch with some commits and now if you are trying to push it may fail, since we have altered the commit history, we have the push the branch forcefully

Note: You should use git rebase very carefully, since it alters the commit history